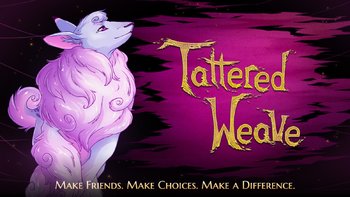 is a virtual online community that includes avatar personalization, leveling and interacting with creatures called kith, crafting such as cooking and tailoring, and interactions with NPCs through quests and story events. It was first launched around 2016.

In terms of gameplay, flash games, posting on the forums and interacting with the NPCs through quests are primary ways to earn "Shards", the base currency of the site. Premium currency, "Gems" are earned through a few daily quests, daily game high scores, and by purchasing them through the site.

The story and the NPCs is one of the most important aspects of the site. The story begins 1,000 years After the End, leaving only a small Remnant of reality untouched when the world was un-woven — the small city of Hope. Users begin within this remnant, enrolled as students in Hope University. Recently in Hope, mysterious creatures known as Kith have appeared from the Tattered Weave, which users can ally with. Since the introduction of Kith and users, other remnants of the world outside of Hope, the Enchanted Forest and Coral Reef, have since been discovered, with more NPCs to interact with and more stories to discover.