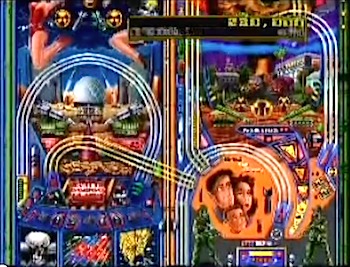 Ruiner Pinball is a pinball Video Game for the Atari Jaguar, developed by High Voltage Software and released in 1995. The game cartridge contains two separate Digital Pinball Tables, presented with a scrolling overhead view. The only common theme between the two tables is in their uncommon designs: