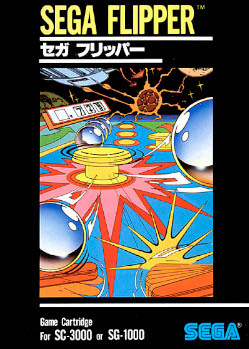 Sega Flipper is one of the earliest Digital Pinball games (as early as 1983) that was developed and published by Sega for the SG-1000. It's as simple as a pinball game can get, with two sets of flippers, four bumpers, three gates, seven drop targets, and a kicker hole for bonus points.