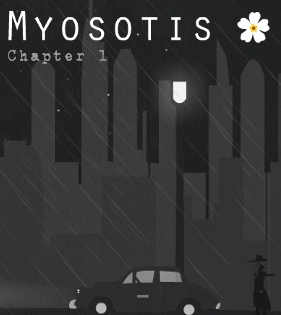 Myosotis is a Flash Game from the programmer

of the Alice Is Dead trilogy, complete with a theme song by Hania Lee.
Advertisement:

The setting a Film Noir-ish city where a trenchcoat-and-fedora wearing guy named Rick receives a letter from a woman named Lily, whom he once loved but who left him a long time ago. She fears her life might be in danger, so he rushes to her rescue... and let's just say that things get progressively weirder from there.

The following episodes are available to be played: