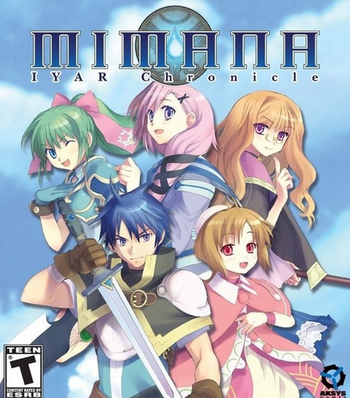 A T-Rated Eastern RPG, developed by GungHo and brought to you by Aksys Games in 2010 for the PSP.
Advertisement:

'Mimana Iyar Chronicle'' blends the traditional RPG elements of vast map exploration and treacherous dungeon spelunking. Engage in fast-paced battles in a quasi-3D environment where you control the character's movement and actions, and strategically command your party to turn the tide of battle. Your actions dictate how the story unfolds, through numerous fully-voiced event sequences.