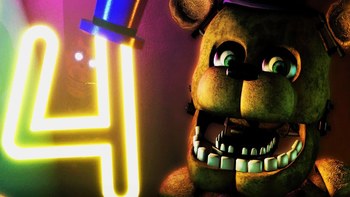 Are you ready to seek the truth?
The old abandoned "Fredbears Family Diner" burned down shortly before the planned restorations could start, this is a major hit to Fazbear Entertainment.
We managed to salvage some old animatronics from the ashes, suprisingly intact...sort of
As our technician it is your job to fix these monstrosities in any way you can to have them be ready to entertain children again!
But since we really don't have a workshop anymore now, you'll just have to take them home instead.
Good luck, and remember to smile, you are the face of Freddy Fazbears Pizza!
-P.G.
— Gamejolt description for the second game