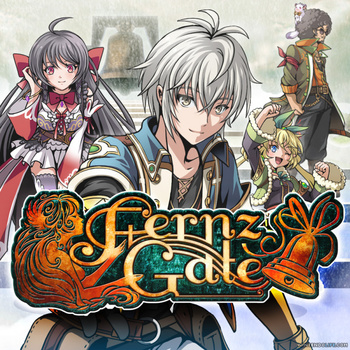 Fernz Gate is an Eastern RPG Mobile Phone Game released in 2016 created by Kemco as part of its line of mobile titles and developed by the EXE-Create team. Along with its mobile platforms, it is also available on the Playstation 4, PlayStation Vita, and Nintendo Switch.

The world of Fernland is a unique place within the universe as it is a convergence point where people from many different worlds gather at different times to experience the peace and harmony Fernland has to offer before being sent home by the Goddess. However, when a young man named Alex arrives, he learns that the peace has been disrupted by the advent of an Overlord who seeks to gather mana from the Otherworlders in order to create the world anew in his image. Alex must decide if he is willing to join the Resistance against the Overlord or