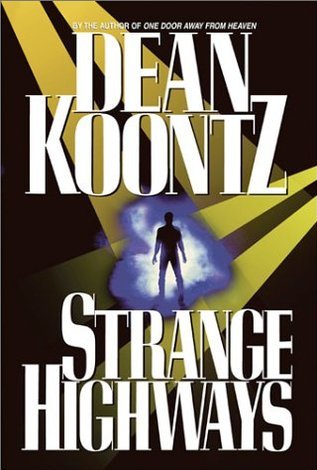 Maybe it makes sense to be an eternal optimist.
Advertisement:

Strange Highways is the first (and so far only) collection written by Dean Koontz, containing one novel, one novella, and twelve short stories. Although published in 1995, only one story was specifically written for the collection. The others were published sporadically in literary magazines and anthologies between 1966 and 1989.

1: "Strange Highways" (1995): A depressed, regretful man is offered a chance to relive the night that defined the rest of his life.

2: "The Black Pumpkin" (1986): After buying a frightening jack-o-lantern at a pumpkin patch, a family is terrorized by a strange creature.

3: "Miss Attila the Hun" (1987): The only thing standing in the way of an alien life form taking over the world is a determined teacher.

5: "Ollie's Hands" (1972): A lonely young man with telepathic powers tries to start a relationship with a woman he rescued from muggers.

6: "Snatcher" (1986): A purse snatcher gets more than he bargains for when he steals a strange old woman's handbag.

7: "Trapped" (1989): A mother and her son are terrorized by genetically engineered rats.

10: "Hardshell" (1974): A determined cop pursues a serial killer into an abandoned warehouse.

11: "Kittens" (1966): A young girl is horrified to learn what her father does every time her cat gives birth to kittens.

14: "Chase" (1972): A solider is stalked by a deranged killer after he saves an intended victim from his clutches.