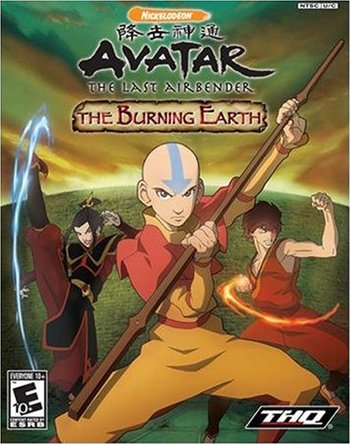 The Burning Earth is loosely based on Book Two of the cartoon.