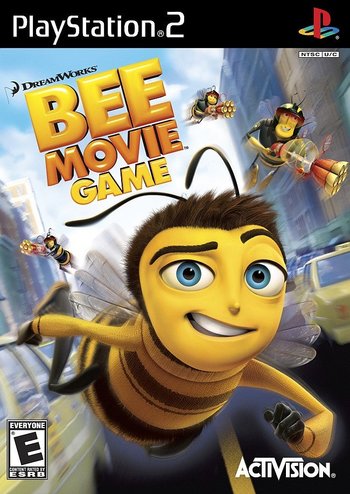 Bee Movie Game is a 2007 video game based on the DreamWorks Animation film Bee Movie. It was released for the PlayStation 2, Nintendo Wii, Xbox 360 and Nintendo DS by Activision. The only cast members to reprise their roles from the movie are Jerry Seinfeld, Patrick Warburton, Tress Macnellie and John Goodman. The gameplay between the Windows/Xbox 360 and PlayStation 2 and Wii differ due to the lower graphics.