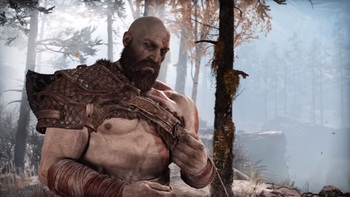 Even after all this time, he can't forgive himself...
"Oh come on, where's the 'Hug' button?! PRESS X TO DAD!"
Playing God of War as a father,

Oceans of blame and rivers of shame, the fury it never leaves me...