Series / The Letter For The King 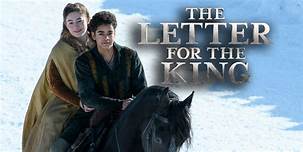 A young aspiring knight finds himself on a perilous mission to deliver a secret letter to the King who lives across the Great Mountains. The series (a Netflix Original) was based on the book De brief voor de Koning by Tonke Dragt.