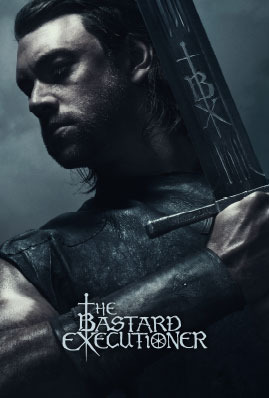 The executioner's blade is the bloodiest sword of them all.
Advertisement:

A medieval TV series set in early 14th century Wales, airing in 2015. Wilkin Brattle, a knight in the army of King Edward I of England, is broken by the horrors of war and betrayed by a fellow Englishman's lust for power who leaves him for dead. Near death, a child apparition implores him to lay down his sword and follow a new path. But when violence finds him again, he is forced to pick up the bloodiest sword of all: an executioner's sword as well as a whole new identity. The plot partially involves the fallout from the Madog ap Llywelyn Welsh rebellion.

An FX series original from Kurt Sutter, creator of Sons of Anarchy.