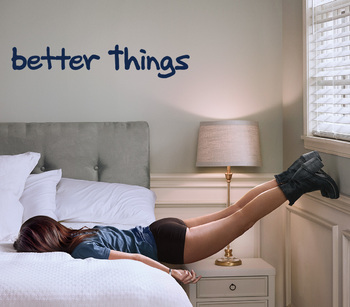 Better Things is an FX series created by Louis C.K. and Pamela Adlon.

Adlon plays Sam Fox, an aging actress and single mother in Los Angeles, struggling to find work while also raising her three daughters of varying adolescence: Max, an angsty teenager, Frankie a tomboyish tween, and Duke, the youngest of the Fox clan. Also in the picture is Sam's mother Phyllis, with whom she has a complicated relationship.

Its fifth and final season aired in 2022.