Series / Arthur of the Britons 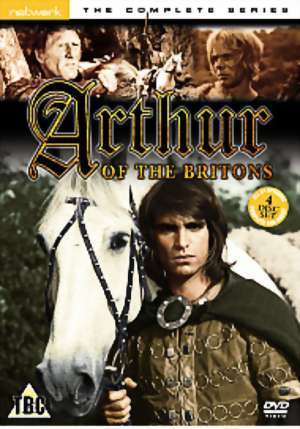 Arthur of the Britons was a short-lived but fondly remembered British television show about the "historical" King Arthur. Produced by the HTV regional franchise, it consisted of two series, released between 1972 and 1973. Thanks to American co-financing the show's stirring theme music was written by Elmer Bernstein.

Set in the Dark Ages a century after the Roman withdrawal from Britain, Arthur is not a great king with an elaborate court; instead, he is the chieftain of a small Celtic tribe and works to unite the other tribes against the Saxon invaders. Helping him is Llud, his adoptive father; Kai, a Saxon orphan reared as Arthur's brother; Arthur's cousin, Mark of Cornwall; the Jute woman Rowena; and the Jute chief Yorath. Cerdig, chieftain of the Saxons, is Arthur's main nemesis.