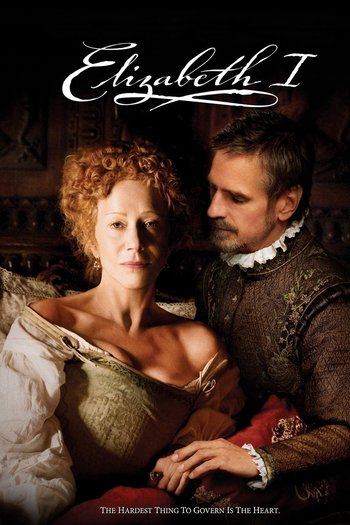 "One thing I found hard to get scripted was the size of her ego."
— Helen Mirren
Advertisement:

Elizabeth I is a 2005 British miniseries about the last few decades of the reign of Elizabeth I (Helen Mirren). Directed by Tom Hooper, the series deals with her personal and political life; Part 1 focuses on the final years of her relationship with the Earl of Leicester (Jeremy Irons), and Part 2 focuses on her subsequent relationship with the Earl of Essex (Hugh Dancy).