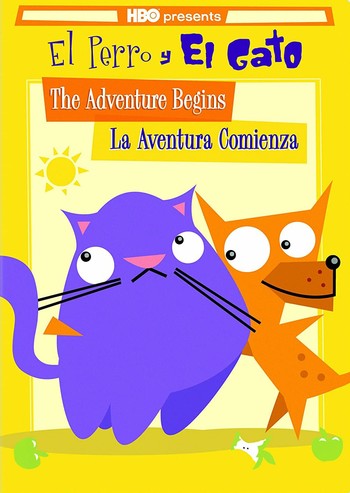 El perro y el gato is an American series of animated shorts that have aired on HBO since 2004. They can also be seen on their official YouTube channel. The shorts are five minutes long. The series teaches basic Spanish and English.

The series focuses on a cat and dog duo simply called Cat and Dog. The cat mainly speaks in Spanish, while the dog speaks both English and Spanish. Cat will often say "que?" or "what?" to the dog, leading to the same sentence being repeated by Dog in the other language.