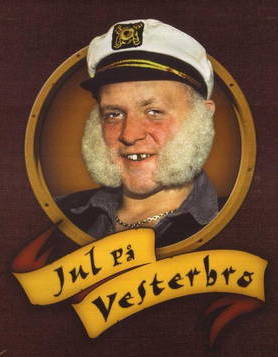 Jul på Vesterbro (Christmas on Vesterbro) is a dark satirical Danish julekalender that originally aired in December 2003. It stars comedian Anders Matthesen in all roles. The characters include: