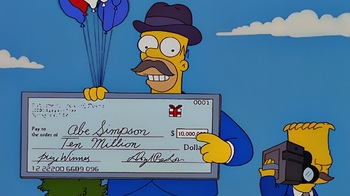 Grandpa teaches Homer and Bart how to be con artists while Marge gets smashed on Long Island Iced Teas.