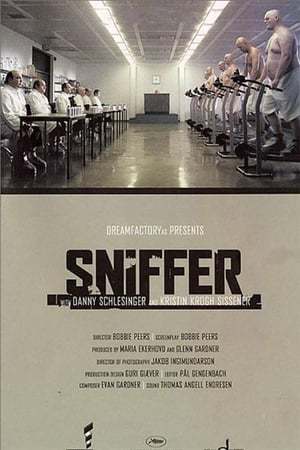 Sniffer is a 2006 short film (ten minutes) written and directed by Bobbie Peers.

It is set in a strange world where gravity does not exist—or, more precisely, people float away into the air if they are not somehow tethered. People sleep strapped into beds, and when they get out of bed they wear heavy metal boots. As a consequence everyone walks with a slow, heavy gait.

The film begins with the nameless protagonist somehow coming unbuckled and floating up to the ceiling. His wife pulls him back down with a hook, and eventually he goes to work. He works as a sniffer, one of several in a lab where they test the efficacy of deodorant by sniffing the armpits of sweaty fat guys on exercise machines. He is hard at work sniffing fat guy's pits, when a pigeon flies into the lab and the man's world is disturbed.