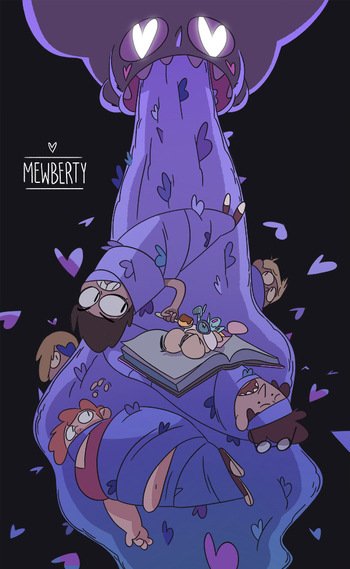 When more hearts start to appear all over her body, Star realizes that she's about to go through Mewberty. And no, it's not like puberty for Earth humans—it's something much worse. Star needs to stay away from boys, which proves to be difficult. As Marco looks for Star's spell book for help, the changes in Mewberty affect not only Star, but put the entire school in danger!