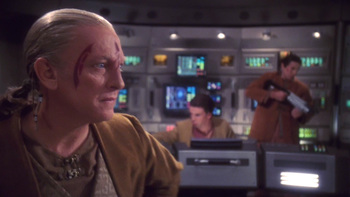 In case you ever needed a reminder as to how good we actually had it with Archer, meet D'Jamat and his religious nutjob Mooks.
A religious fanatic captures Enterprise to help him fight a holy war.