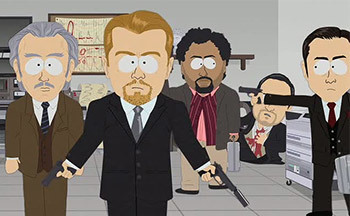 Stan and Mr. Mackey suffer a hoarding disorder. In an attempt to find the cause for it, they get trapped in Mr. Mackey's dream.