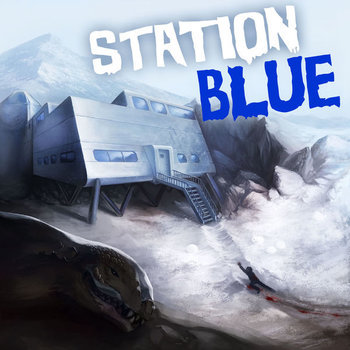 Station Blue is a isolation horror audio drama written, directed, and principally performed by Chad Ellis, launched in late December of 2017. Station Blue tells the story of Matthew Leads (Ellis): an aimless young drifter who has just taken a job that he feels sure will finally be what helps him get his life together. A loner by nature, Leads thinks that his new job as caretaker of a scientific research facility deep in Antarctica will be the perfect occupation for him. But almost as soon as he settles in, Leads can tell that there's something off about the empty base. And that feeling only deepens as he discovers an ominous looking door deep in the heart of the base that has a security camera focused on it at all times despite Leads supposedly being there all alone...