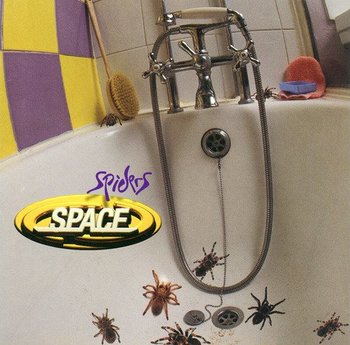 Spiders (1996) is the debut album by Space. Entering at number five in the UK album charts, the record was a huge success for the band, going platinum within weeks after its release and spanning four top 20 singles in the UK: "Female of the Species", "Me and You Vs the World", "Neighbourhood" and "Dark Clouds".

Drawing inspiration from soundtracks to trashy B-movies, Quentin Tarantino films and the groovy basslines of Cypress Hill, the album's Genre-Busting sound, warped sense of humour, and cinematic feel was a reaction towards those who had written the group off as either a novelty or just another run-of-the-mill Britpop act, gaining a reputation as something of a British answer to Odelay, which was also released that year.

No relation to the 2000 horror film, or the French video game company.

Me and You Vs. the Tropes: