Music / My Aim Is True 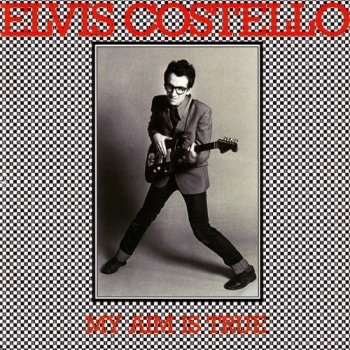 "Oh, I used to be disgusted/And now I try to be amused..."
Advertisement:

My Aim Is True is the debut album from Elvis Costello, released in 1977. The album consisted mainly of songs that he had written while with his former band, Flip City, and brought to his audition at Stiff Records, along with some newly composed material. His backing band for the album was the Bay Area's Clover, essentially Huey Lewis and the News without Huey Lewis.

Bonus Track (from the original American release and all CD versions):

Don't you think that I know that troping on water won't make me a miracle man?: