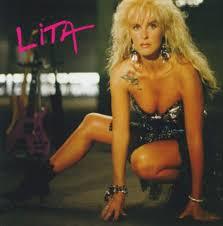 Arguably the most famous member of The Runaways after Joan Jett and Cherie Currie, Lita Rossana Ford (born 19 September 1958) is an American musician who played lead guitar in The Runaways in the late '70s before embarking on a solo career in the '80s, shifting more towards a Hair Metal sound.

In 1988, after switching from Mercury Records to RCA Records following two commercial flops, she released her solo album Lita. Singles released from this album include "Kiss Me Deadly", "Back to the Cave", "Close My Eyes Forever", and "Falling In and Out of Love", (the latter co-written by Nikki Sixx of Mötley Crüe). "Close My Eyes Forever", which teams her up with Ozzy Osbourne, reached No. 8 on the US Billboard Hot 100, making it her most successful solo single to date.