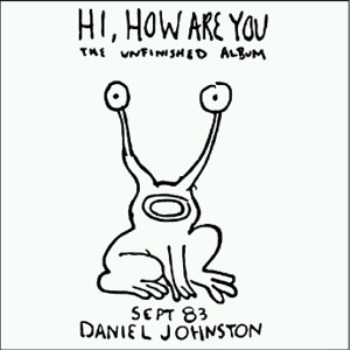 Hi, How Are You (the more colloquial version of its technical full title Hi, How Are You: The Unfinished Album) is the sixth self-released album by Daniel Johnston, recorded in late 1983.

It's generally seen as one of his most popular albums and was his first cassette tape to receive a wider release, which occurred on vinyl in 1988. However, it still contains less material than his other tapes because Johnston suffered a nervous breakdown and didn't want to finish the album.

Kurt Cobain was once photographed wearing a T-shirt featuring the album cover image, which did wonders to boost its popularity.

The album is best known for the song "Walking the Cow", which has been covered by Pearl Jam, TV on the Radio, A Camp, Kathy McCarty (Glass Eye) and updated by Johnston himself on his album Beam Me Up (2010).