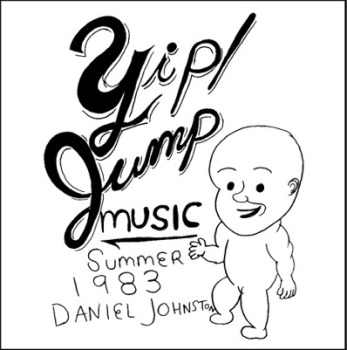 Don't let the sun go down on your grievances.
Advertisement:

Yip/Jump Music is a 1983 album by Daniel Johnston, originally released on cassette, which explains the sometimes murky audio quality. It was Johnston's fifth album and is generally seen as one of his best. Audience favorites like "Speeding Motorcycle", "The Beatles", "Casper The Friendly Ghost", "Don't Let The Sun Go Down On Your Grievances" and "King Kong" can be found here.

Tropes for the sorry entertainers: