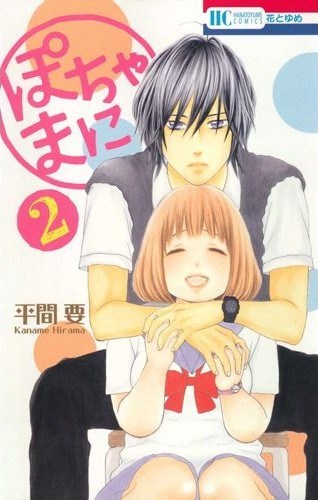 Pochamani is a Shoujo manga by Hirama Kaname, which ran in Hana to Yume from 2011 to 2017.

It tells the story of Tsumugi "Mugi" Motohashi, a chubby high school girl who unexpectedly finds herself as the target of the affections of her school's most handsome underclassman, Tagami Yukiya, a self proclaimed "chubby maniac." The series focuses on their relation as a tall skinny guy dating a short chubby girl.