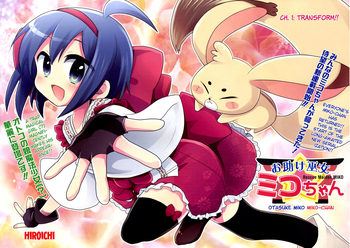 No, you did not read that wrong: Ayumu is a he.

The series focuses mostly on Ayumu's gender-identity crisis, stuck between feeling confident and cute as a girl, and the fact that he is actually a cross-dressing guy.