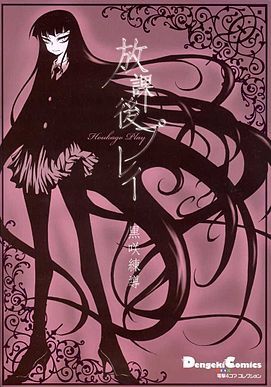 Yonkoma manga by Rendou Kurosaki about unnamed couples, at least one of whom will have a passion for video games. The first volume features an unnamed high school student and his likewise unnamed girlfriend, both of whom share a passion for playing video games...and each other, though they both have trouble admitting it. This alternates between the two of them playing video games and discussing them at length, and trying their best to express their feelings for each other.

The second volume stars a guy who looks like a shark and loves portable games, and his girlfriend who is more into manga than video games.