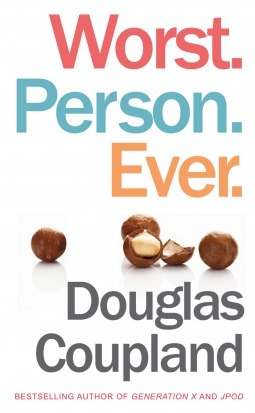 Worst. Person. Ever. is a 2013 novel by Douglas Coupland concerning the unfortunate escapades of a crude schmuck named Raymond Gunt. Approached by his ex-wife Fiona, he’s hired to work as a B-unit cameraman for Survival on the Pacific Island of Kiribati. Delighted at the prospect of sex with the hypothetical female residents and cast and legally enslaving someone as his “assistant”, Ray takes on a homeless man and heads to the airport. Unfortunately for him, the universe seems to have other plans...