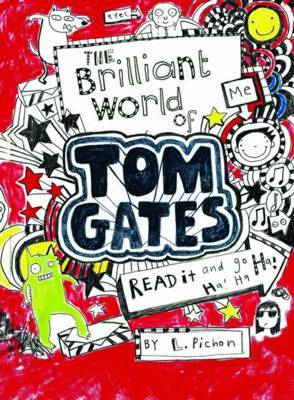 Tom Gates is a series of children's literature books made for ages 8-12 written by Liz Pichon. The series follows the life of an ordinary British school boy named Tom Gates. The first book, The Brilliant World of Tom Gates was published on April 4th, 2011. There are currently nineteen main books in the series, along with a few special instalments, such as the 2013 World Book Day special Best Book Day Ever (So Far).

The series was adapted for Sky Kids in 2021, featuring music videos and animations inspired by the books and “arts and crafts” with Liz Pichon herself.