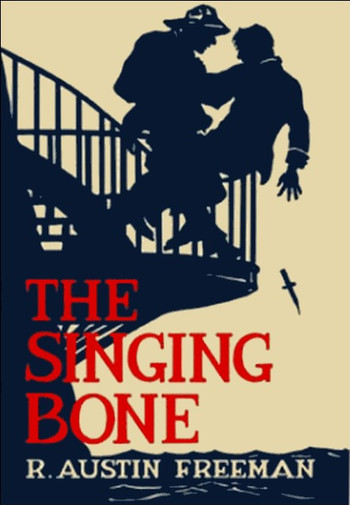 The Singing Bone is a 1912 short story collection by R. Austin Freeman.

It is a collection of five short stories starring Freeman's creation, forensic detective Dr. Thorndyke. As always, Thorndyke (the character debuted in 1907 novel The Red Thumb Mark) uses his power of deductive reasoning and his expert knowledge of forensics to catch bad guys.

The short stories in this collection are remembered for originating the idea of the Reverse Whodunit, or, as Freeman described it, the "inverted detective story". Four of the five stories, all but the last, start out from the POV of a criminal committing a crime, then endeavoring to cover it up. In the second part, told from the perspective of Dr. Thorndyke's Watson Dr. Jervis, Thorndyke enters, examines the evidence, and unravels the coverup that the local cops were all too willing to believe. The five stories are: