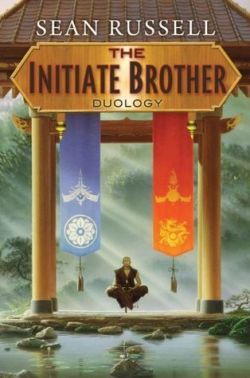 The Initiate Brother is a duology of books by Sean Russell. It focuses on a Fantasy Counterpart Culture of East Asia, blending elements of China and Japan, and deals with the response to a barbarian invasion (mostly focusing on the internal politics and near civil war that results). The titular character is a monk who may or may not be the great Teacher his religion tells of, but there's a wide cast of characters besides him.
Advertisement:

The first book, called The Initiate Brother, was released in 1991, and the continuation, Gatherer of Clouds, was released the following year. More recently, they have been released as a single volume.

This duology provides examples of: