Literature / The House Next Door 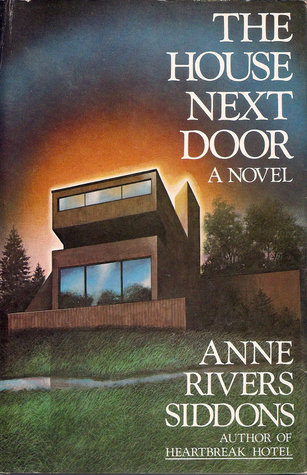 The House Next Door is a not-so-typical Haunted House novel by Anne Rivers Siddons, a notable departure for an author otherwise known for her novels of upper-middle-class family drama.

Colquitt and Walter Kennedy live placidly in a quiet, upscale suburb full of quiet, upscale neighbors. Here, everyone lives in everyone's back pocket, everyone knows everyone's business, and everyone is too comfortable to make waves. "We've never stuck our necks out for anyone," Walter complains. The biggest scandal to hit the neighborhood for years is the introduction of a huge, modern-styled house in the long-vacant woodlot adjacent to the Kennedys. Colquitt is prepared to hate the house next door, but once she finally sees it, she has to admit that it looks exactly as though it has always belonged there. Almost as if it were alive.

But even before anyone lives in it, the House Next Door is the scene of a tragedy that claims an innocent life. Colquitt and Walter watch in horror as three families in quick succession are driven to madness and murder shortly after moving in. They begin to suspect that something terrible lives in the House Next Door, something that will destroy everyone who ever lives there. As the only witnesses, Colquitt and Walter must decide if they will risk their reputations and lives to warn the world about the House Next Door, while suspecting it has enough power to reach beyond its own walls if anyone stands in its way.

The novel is noteworthy for being a story of a contemporary haunted house and has been referred to as "The Making of a Haunted House." It was made into a TV movie in 2006.