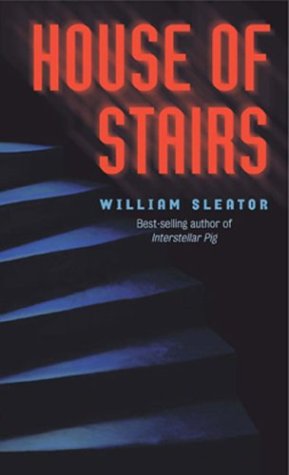 House of Stairs was written by William Sleator in 1974. One of his earliest works and considered to be one of his best books to date.

America in the distant future is a Crapsack World with little room to live, hardly any food to eat and even less to go around for the disadvantaged. Five sixteen-year-old orphans are abducted and relocated to a house filled with nothing but sets of endless staircases, a landing with running water and a flashing machine that forces them to play mind games for food. None of them know the reasons behind being put in the House of Stairs, and the machine forces them to perform acts of escalating cruelty upon one another. Their escape hinges upon being able to divine what they can about their circumstances and the motives of their captors.

House of Stairs provides examples of: