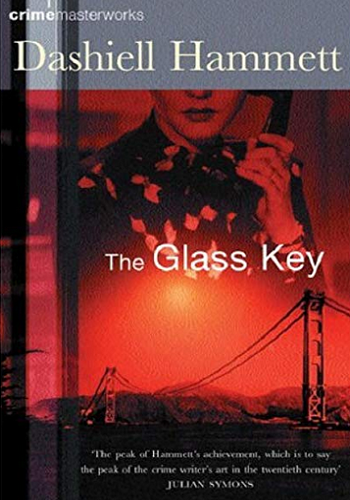 The Glass Key by Dashiell Hammett is a 1931 hardboiled novel adapted most famously as a 1942 Film Noir directed by Stuart Heisler and starring Alan Ladd, Brian Donlevy, and Veronica Lake.

After Ned (Ed in the movie) Beaumont finds a politician's son murdered, his best friend and local political heavyweight Paul Madvig is considered the prime suspect—especially by Taylor's sister Janet.