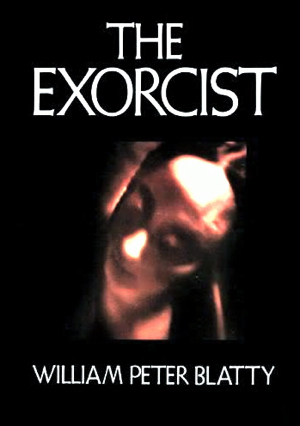 The Exorcist is 1971 horror novel by William Peter Blatty, which was adapted into a 1973 film.

It was followed by a 1983 sequel, Legion, which was later adapted into The Exorcist III.