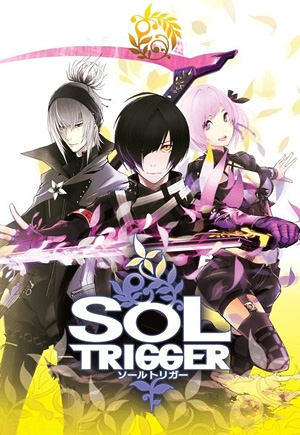 An RPG developed by Imageepoch for the PlayStation Portable, released in Japan in October 2012.

It tells the story of the eponymous Sol Trigger, La Résistance to the Machine Church which rules the dystopian city of Kaiserhald. The Machine Church is using a miraculous energy source known as "Sol" to raise the city to even greater heights, but Sol Trigger know that Sol is secretly made from people, and that the Church intends to ramp up their production with a new form of twisted technology.

A key feature of the gameplay is the "Sol System", where a character can expend additional Sol (Mana) to increase the power of their skills, or even trade away Sol to revive fallen team-mates.