Literature / The Best at It 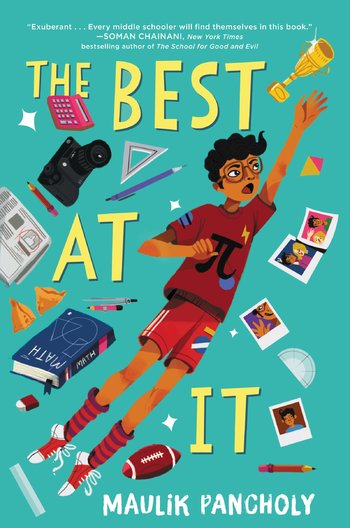 The Best at It is a 2019 semi-autobiographical Middle Grade novel written by Maulik Pancholy (of 30 Rock and Sanjay and Craig fame).

12-year-old Rahul Kapoor is anxious to start the 7th grade. His grandfather Bhai shares an ancedote about his late grandmother and gives him this advice: Find one thing you’re really good at, and become the best at it.

Rahul is ready to make this school year his year. The problem is, Rahul doesn't know what he's the best at. And there's other things he's dealing with: The bully at school that's constantly teasing him, the upcoming International Bazaar, the funny feelings he gets when thinking about a male classmate. Fighting through stress and anxiety, Rahul tries several things to be good at, but what if he's not the best of at anything?

A television series adaptation is currently in the works

with HBO Max with Pancholy set to executive produce and writer for.