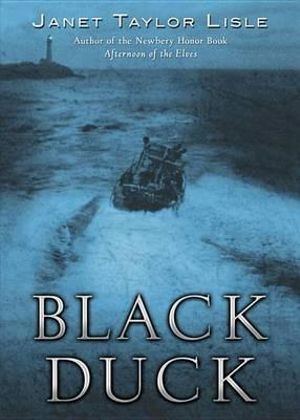 A prohibition novel by Janet Taylor Lisle. Black Duck is the story of Ruben Hart, a young Rhode Island boy in 1929. Ruben is dragged into the world of rum-running when he and his best friend Jeddy find a murdered body on the beach. Ruben takes a mysterious torn bill from the body, and sons finds himself pursued by competing gang lords, while the mysterious captain of the legendary rum-running vessel the Black Duck takes an interest in his fate.