Literature / The Autobiography Of Spock 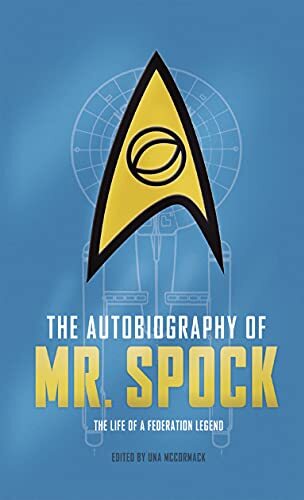 It's only logical.
Advertisement:

The Autobiography of Spock, part of the Star Trek Autobiographies, is the story of the galaxy's most famous Vulcan.

One of Starfleet's finest officers and the Federation's most celebrated citizens reveals his life story. Mr Spock explores his difficult childhood on Vulcan with Michael Burnham, his controversial enrolment at Starfleet Academy, his time on the Enterprise with both Kirk and Pike, and his moves to his diplomatic and ambassadorial roles, including his clandestine mission to Romulus.

Brand-new details of his life on Vulcan and the Enterprise are revealed, along with never-before-seen insights into Spock’s relationships with the most important figures in his life, including Sarek, Michael Burnham, Christopher Pike, Kirk, McCoy and more, all told in his own distinctive voice.

This autobiography provides examples of the following tropes: