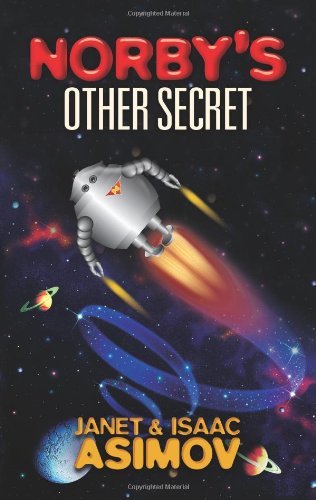 First published by Janet Asimov and Isaac Asimov in 1984, this Science Fiction Adventure story is the second story in The Norby Chronicles.

Admiral Yobo has come to the Wells residence to talk to Jeff about the Inventors Guild wanting to study Norby. While attempting to hide from the admiral and the Guild, Norby finds himself drawn to planet Jamyn. What does the strange planet of dragons and robots have to do with Norby and his inexplicable ability to travel in time?

Norby's Other Secret contains examples of the following tropes: