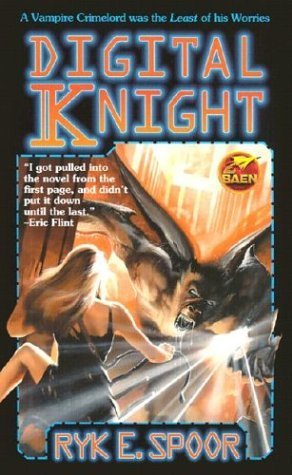 A series of short stories by Ryk E. Spoor in which everyday hero Jason Wood battles mythological monsters with modern technical know-how. The first six stories originally appeared in Digital Knight, published by Baen Books in 2003, which is now available on the Baen Free Library

The Jason Wood stories make up part of a multiverse that includes The Balanced Sword.

Tropes in the Jason Wood series: