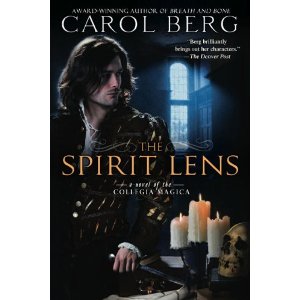 The Collegia Magica is an epic fantasy trilogy by award-winning author Carol Berg. It consists of
Advertisement:

Portier de Savin-Duplais, fifteenth cousin to the King of Sabria and failed student of magic is grateful for his position as librarian at the Collegia Seravain, the last remaining School of Magic in the country since the Blood Wars two hundred years ago that wiped out half the country's magic-users, scientists, and nobles. Magic is in decline; the educated believe magic to be no more than charlatanry and King Phillippe vociferously pursues the sciences.

So when Phillippe survives an assassination attempt that cannot be explained, there's only one person to turn to...