Literature / Colorless Tsukuru Tazaki and His Years of Pilgrimage 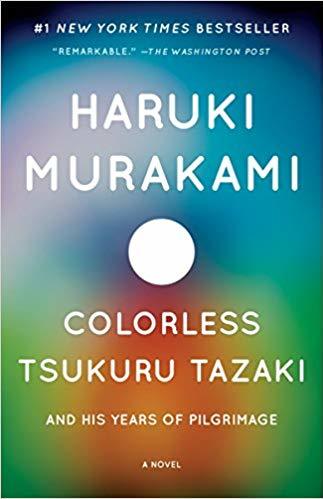 Colorless Tsukuru Tazaki and His Years of Pilgrimage (色彩を持たない多崎つくると、彼の巡礼の年 Shikisai o motanai Tazaki Tsukuru to, kare no junrei no toshi) is a 2014 novel by Haruki Murakami. It focuses on Tsukuru Tazaki, a man dealing with isolation and his adulthood. After leaving for college, all of his friends from high school mysteriously stopped talking to him. He felt lost, drifting through life alone, contemplating suicide and his value as a person. After avoiding the issue for several years, Tsukuru has finally decided to find out what drove his friends away. In his attempt to find the truth, however, he'll discover that there is more to them - and himself - than he ever realized.