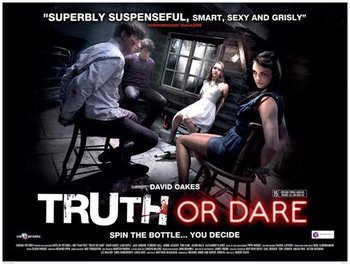 After teen misfit Felix is humiliated and tormented at a house party he extends a welcome to his perpetrators to his birthday party to demonstrate there are no hard feelings. Once the weekend warriors arrive to his family’s secluded estate they realize perhaps there were ulterior motives at play. Will his peers have opportunity to express genuine remorse and embrace their ultimate truth or dare?