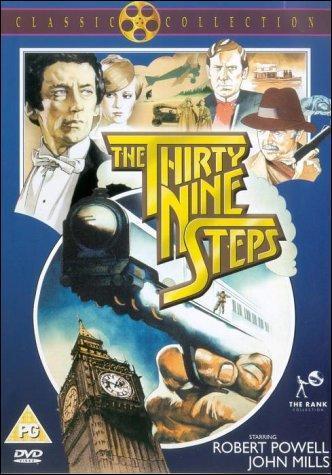 Of the several movies adapted from the novel, this is the one with the climax where Hannay hangs off the minute hand of the clock on St. Stephen's Tower (aka Big Ben).

Inspired a TV series, Hannay, also starring Robert Powell in adventures not based on any of Buchan's other novels.